skip to main | skip to sidebar

I am a member of LIP (London Independent Photography) which has over 1000 members in London. There are satellite groups all over London and I attend one in Greenwich and also in Sydenham.

The Dulwich and Sydenham branch is run by Yoke Matze and meets every month. Members of this satellite group collaborated to organise an exhibition at a local Art Gallery, Jeannie Avent Gallery in East Dulwich, London SE22 9EU. 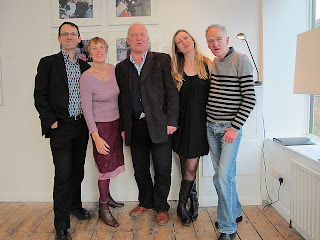 I exhibited photos I had taken in 2003 which although I was using digital technology back then, this series I had shot on Transparency film and X-processed in C41 chemicals. I had gone on a photo walk with my  friend Richard, who is also my muse, starting off in the West End going through Covent Garden crossing the River Thames and heading along the South Bank. This still is one of my favourite walks in London. Out of a roll of 36 frames, I had at least 30 great shots! 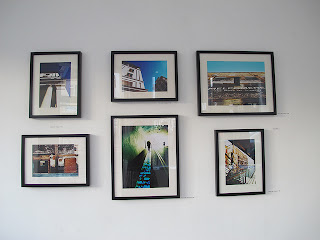 X-processing from E6 film with C41 chemicals gives deeper saturated colours, burns out highlights and shows texture in a different light. These were the 6 images I exhibited on the gallery wall. I have a fascination with architecture and perspective. Lots of my images are about line and form. I like to show abstract views which I have done here. I also exhibited in the window, 3 more photos from the same series. 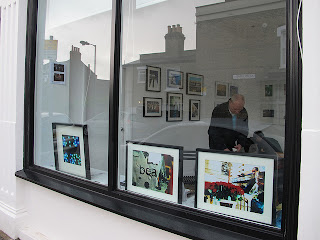